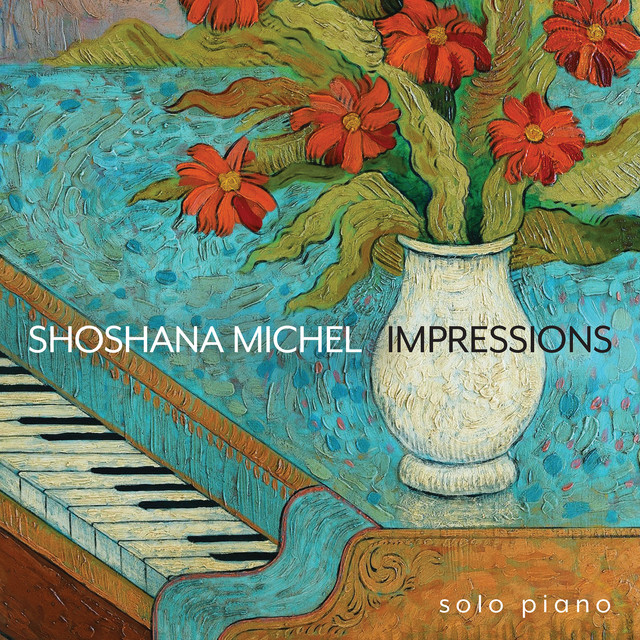 "Elegy" was written to express the sadness after several deaths of loved ones and friends.
Shoshana Michel is an award-winning contemporary solo pianist. Classically trained, Shoshana started music lessons at the age of seven when a door-to-door salesman for a local music studio knocked on her front door. Throughout the years, she has played different genres of music at different venues from ragtime at Knott’s Berry Farm to contemporary solo piano at The Galleria at South Bay in Redondo Beach, California.

Shoshana recorded her first solo piano album, Soul Whispers in 2015. In 2016, she released Dancing on the Wind, her debut album as a composer followed by Prelude to a Dream in 2017, Reflection in 2019 and Impressions in 2020.

Shoshana’s music has been used in documentaries and has received accolades, nominations and awards. Her music can be heard on Sirius XM Radio, Pandora, Calm Radio, Whisperings Solo Piano Radio, Sleep Radio, The River of Calm and many other stations worldwide.

Shoshana’s playing has been described as “graceful and flowing” and “refined and elegant”. Her music will inspire, stir the heart and touch the soul. The music she writes is inspired by life experiences, people and emotions. Shoshana feels that music is healing and is passionate about sharing her music with others. She resides with her human and avian family in Brooklyn, New York.