stef – kickin all the pieces of my heart. (Spotify)

stef – kickin all the pieces of my heart.
(Spotify) 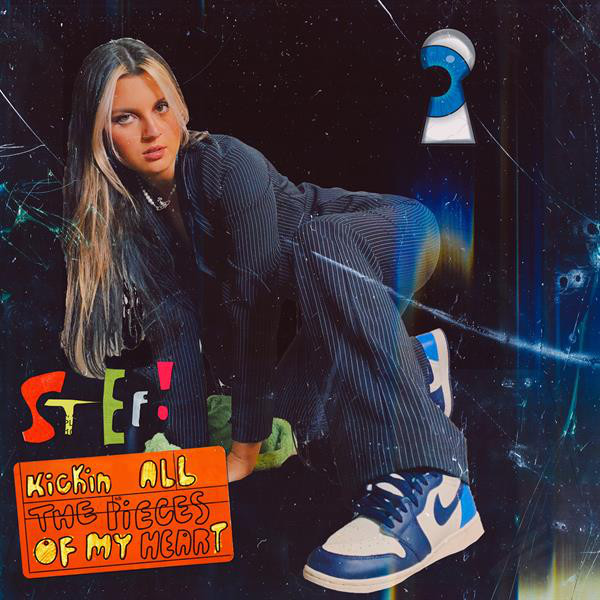 “Stef impessed us with this very special and playful mix. A pleasant "kick" full of colours that pass fast in the blink of an eye. You won't resist to listen again!”

"Kickin all the pieces of my heart." is the second track off of the 5 song EP I have coming out in 2021, called "A Glitch in Our Virtual Reality." This concept EP contains songs that explore all of the stages that a relationship can consist of from infatuation, love, breakup, and loneliness. More specifically, the single 'Kickin all the pieces of my heart" represents the stage during a relationship where the couple is still technically “together” but they start to lose feelings and they ultimately take a turn towards the downside and treat each other in a negative manner. This song has a very ethereal vibe while mixing in heavy bass and trap elements closely related to Kanye West’s style. This song will take you on a full sonic journey as the sounds stray on the experimental side.

stef is still new on the pop scene. She resides in Nashville, TN, where she remains surrounded by a musical community pushing pop forward.

At age 19 she released her debut EP, “Why do I Laugh When I Cry?” released in September of 2019, and found immediate success, with accompanying sold-out shows and songs appearing on Spotify’s editorial playlists. The EP was followed by a single “whyamilikethis,” released in November 2019. The beginning of 2020 she was featured on a DJ track, as well as released a mixtape. She is currently gearing up for her next releases: three singles followed by a concept EP titled “A Glitch in Our Virtual Reality.”

She thinks the new wave is the best yet. Stef’s ambitious first projects are a collision of indie songwriting mixed with innovative pop production. She’s a new generation of artist, ahead of her time, who leaves no detail up to chance. Her album artwork, visuals, music videos, and live production are all intentionally curated to pair with and enhance her songs.