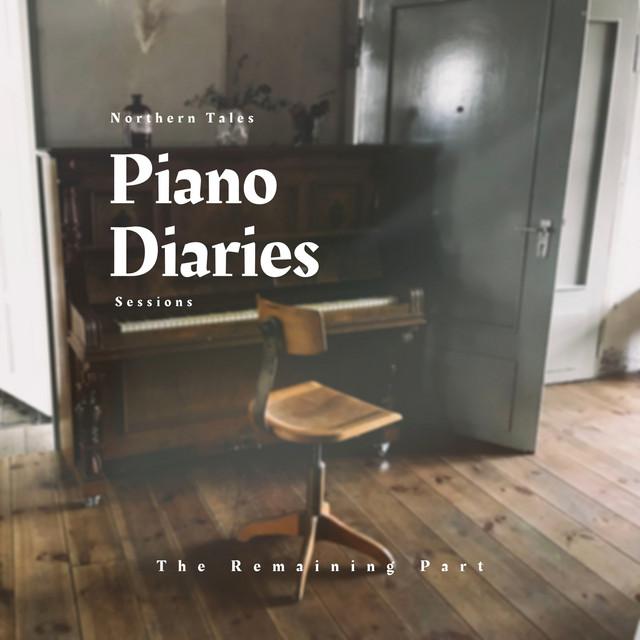 “Taken out from "The Remaining Part" debut album, this piece unites the classical acoustic beauty with inspirational singing. Starting like a fairytale it uncovers a hidden epic power, which travels way back in some mythical era, full of adventure!”

"Misery" is a dreamy, melancholic song about a girls standing on the railway tracks waiting for the train. It’s an attempt to unite something tragic and something beautiful.

Despite the Corona pandemic and the bad situation for the music industry, the Danish/German songwriting trio stayed creative and screwed in their Berlin studio on the perfect piano and vocal sound. With "Piano Diaries" the three songwriters have written a musical diary in pandemic times, in which intimacy and emotion hit the right note.

About The Remaining Part

"Piano Diaries" is the name of the new album by the band THE REMAINING PART. It will be released on March 29, 2021 as a follow-up LP to the orchestral debut album "Northern Tales" on Edition B+.

Despite the Corona pandemic and the bad situation for the music industry, the Danish/German songwriting trio stayed creative and retreated to their small Berlin studio to rearrange the songs of their debut album. The result is the counterpart to "Northern Tales": instead of opulent instrumentation, they prefer to play one note less and hold one chord longer in their piano versions. You can hear simple, cleverly composed piano arrangements and the solo voices of Sharyhan Osman and Line Bøgh, which sensitively merge with the choir voice of Maxi Menot. Thus, it is mainly quiet melodies, the balanced and nuanced sound of the piano and the spherical choir passages that make the album a melancholic dreamy one.