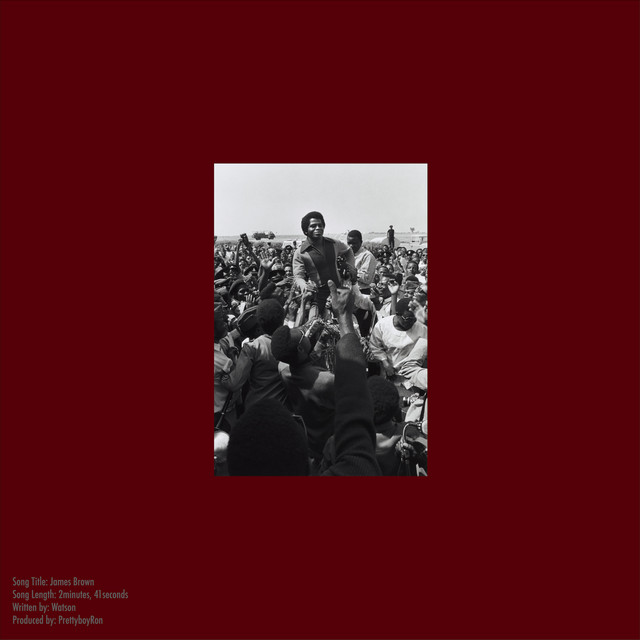 “Watson in his new single - James Brown - under Trucolors imprint could be easy a reference of how a good flow of a hip hop song should setup. You float on an endless groove and melodic harmonies where powered by the hookiest vocal capabilities of Watson. ”

American recording artist WATSON (@theonlywatson) releases his single, “James Brown,” on all major DSPS today via indie-label TRUCOLORS. Produced by PrettyBoyRon, the hip-hop track is Watson’s latest effort - showcasing the range of musical intuitiveness LA’s emerging talent has to offer. With a discography that mixes between Future R&B, Indie-Pop, and Emo-Rap - Watson’s artistry does not stick to one tune. “James Brown” is a bass-bumping party anthem made to blare through even the most exquisite of speakers.

In support of the release of “James Brown,” Watson will be officially partnering with subscription content service OnlyFans to premiere the music video’s uncensored version on March 19th of this year. A portion of the subscription, gift, and merchandise proceeds for “James Brown” through the OnlyFans platform will be donated to the Urban Justice Center's Sex Workers Project. UJC works to protect the Human Rights of Sex Workers, while simultaneously battling the problem of Sex Trafficking. Watson values and respects the OnlyFans platform for not only being a place to market your content and business, but for promoting safe, positive sex work empowering body-owners themselves. At the end of the day, this is not a standard "music video premiere," it's part of an overall mission to normalize sex work and safe work environments for their community.

Follow @TheOnlyWatson OnlyFans to get an uncensored look of the music video release, set for premiere March 19th.

“Excuse my language but my new song James Brown fucks. The video fucks basically. this whole shit fucks baby, I’m acting up. And I hope you enjoy the ride.” - Watson

WATSON is the sub-ego of an Automation operating as an American recording artist. Influenced by a palate of diverse music, Watson touches all genres including a mix of Eclectic SadBoi Pop, Sex Rap, Future RnB, Internet Alternative and Post-Pop Indie. Through modern engineering, WATSON has pioneered a revolutionary method of melody. Innovative proprietary technology allows him to cut out the middleman by always sanitizing his hands directly instead of his music—so you never have to question whether your intelligence is being insulted. You can find WATSON now in the astral plane, west of the 101. He’ll be back in 10.