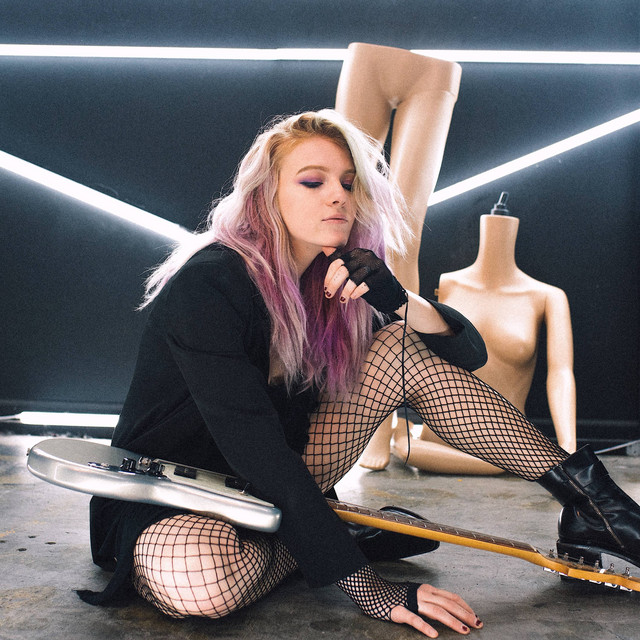 “Waterfalls of the bitter, scalding tears are left invisible stains on your strong hands. Love and hate - all may be one. You can let me go, but I will love even at the edge of the universe. WRENN bring us into an emotional status with her heartwarming new song -Hailey-. Memorable! ”

Trailblazing internet sensation WRENN has had a notable 2020 with viral success on TikTok, reaching 1.2M followers, and continues to make waves. Her newest uproar has come from WRENN using an audio clip of her ex admitting to cheating in the background of her newest single "Hailey." Talk about savage - but we're living for it. The TikTok video has 7 million views alone and shows no signs of slowing down while the single is currently charting at #9 on the Pop Charts.

WRENN reminds us that there's power in simplicity and a catchy chorus. In new single "Hailey" she reclaims her power, leaning into her own insecurities and putting all her feelings out there. (It also doesn't hurt to throw your cheating ex under the bus while you're at it.) "Out of everyone else, why'd it have to be Hailey," she croons in this low-key, indie-grunge pop track. Dealing with heartbreak is always tough, but blasting this track will definitely help.

"Ambient folk-rock with the same despondent heaviness as Portland artist Grouper and the vulnerability of London indie folk band Daughter." - The FADER

"It will only be a matter of time until WRENN's extreme prowess for songwriting and performance makes her one of the leading ladies of indie rock." - Ones To Watch

"The tune evokes a 90s early grunge spirit that we all miss." - Ladygunn

Clearly, we're not the only ones feeling what WRENN's been putting out. This creative has been backed by numerous publications and just as many fans. Having previously received praise from tastemakers like The FADER, Ladygunn, NYLON, Billboard, Ones To Watch and many others, numerous placements on Spotify playlists including New Noise, Fierce Femmes, and All New Rock, this is is just the beginning. With sass, grit, and pure talent packed into her small frame, rousing firebrand artist WRENN is a force to be reckoned with.

WRENN now has over 86K Spotify followers, 47K Instagram followers, and over 1M TikTok followers who are loving her vulnerable honesty. The 22-year-old grew up surrounded by music and it's evident in her inherent knack for creating hits.

WRENN is an alt-rock artist and a self-proclaimed “sad girl” who uses music as a means of communicating her feelings to the world. Mixing soulful, thoughtful lyrical content with 90’s-esque grunge instrumentation, the essence of WRENN’s music is both reminiscent of the past and a portal into the near future. The 20-year-old Los Angeles native has been featured on American Idol and The Voice, Dick Clark’s New Year’s Rockin’ Eve (where she performed with fellow singer Rachel Platten). WRENN just finished her first nationwide tour – performing as a supporting act for headliner, viral music star, gnash; and even though she is at the beginning of her career, WRENN has already garnered Hollywood’s attention, having her music selected for the soundtrack of recent episodes of Ray Donovan and Lucifer. WRENN’s debut EP, goodmo(u)rning, is slated to be released later this year.