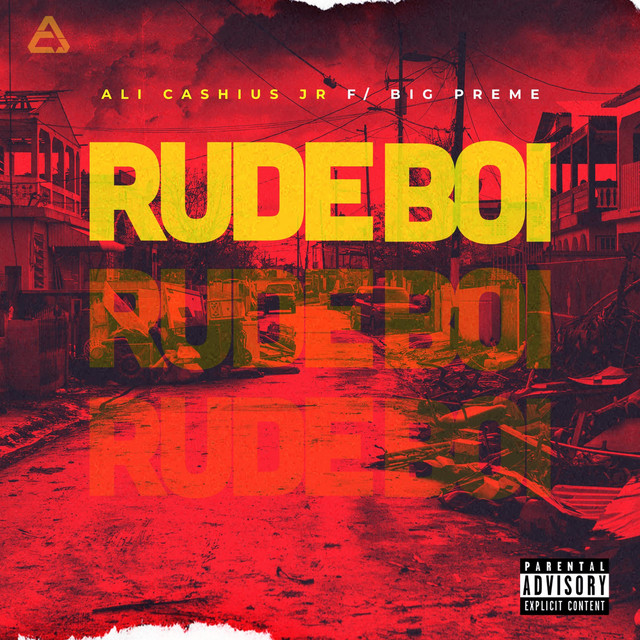 “Innovative pure Rap style as it comes from "Ali Cashius Jr" and "Big Preme". Tired of the same and same loops? "Rude Boi" breaks the chains of typical sound and proves the value of a personal creation, which you can listen in almost every situation.”

Rude Boi is an ode to the people of the Caribbean Islands like Puerto Rico, who are still recovering from the devastating damage left behind in the wake of Hurricane Maria.

Ali Cashius Jr is an independent artist from Detroit, MI. His career in music started as a young kid in Southwest Detroit when his childhood best friend challenged him to a rap battle. His friend was only joking, but Ali found himself preparing 24/7 and filling up his school notebooks with rhymes. He was inspired by artist like 2pac and Nas for their abilities to dig deep into their souls, but wanted to add that signature Eminem word play and rhyme schemes into deeper issues that plagued his childhood and community. The lack of financial resources was real issue not only growing up in Detroit, but even as a young adult. "It was a blessing in disguise" as Ali bounced around Atlanta, Maryland, Virginia, and Arizona looking for work to help support his dream. As of today, Ali Cashius Jr has performed along side artist such as Method Man & Redman, Currensy, Dave East, Kevin Gates, Vince Staples, G Perico, Snow Tha Product, Immortal Technique and so many more! He's also collaborated with Slaughterhouse heavyweight Joell Ortiz, legendary west coast artist Ras Kass, and Futuristic.