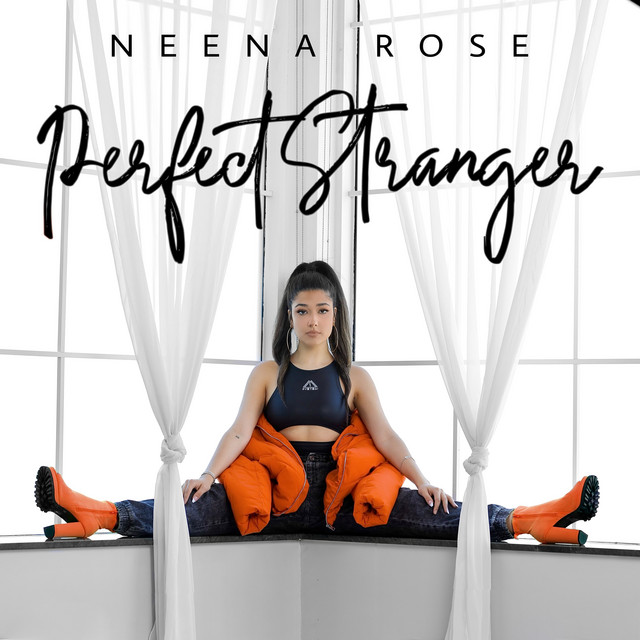 “-Perfect Stranger- causes a persistent sense of nostalgia, soulful, emotional rise, desire to live and breathe air to which we absorb. The creativity of -Neena Rose- can make you listen again from time to time and feel it in all your body. -Perfect Stranger- inspires and immerses in its unique world, which helps to escape from the surrounding reality.”

Neena Rose's, "Perfect Stranger", dances on the line between the persona we create for people in our minds, and how they actually are. Describing the feeling of meeting a seemingly perfect guy and the fear of learning something that may skew the perception of him. Following the saying, "ignorance is bliss", Neena Rose leaves the stranger behind before any red flags could ruin her memory of him.

Canadian singer/songwriter and Pop/R&B artist, Neena Rose, has emerged onto the music scene with a magnetism not encountered everyday. Between her breakout single, 2018's "Games", and all it successors, the talented Neena Rose is shaking things up and taking the industry by storm.

The Hamilton, Ontario-based artist has received extensive early support and has garnered large following across social media platforms, especially on TikTok. In March of 2019, she was the youngest panelist invited to speak at the California Copyright Conference, and later that year, she was 1 of only 6 Canadians nominated for the Hollywood Music and Media Awards in Los Angeles, CA.

Between her breakout single — 2018’s “Games” — its successors, “Circles” and “Rewind”, and this year’s forthcoming EP 333, Canadian singer/songwriter and pop-R&B artist Neena Rose has emerged onto the music scene with a magnetism not encountered every day.

The 17-year old Hamilton, Ontario-based artist has received extensive early support from media and playlisters, and was a recent panelist at the California Copyright Conference, making her the youngest female Canadian to speak thus far.

“I love it all, but writing lyrics is my favourite part,” Neena muses, reflecting on previous dips into nu-country, emo rock, and lofty pop bops before finding her most authentic self in R&B. “I want people to gain empowerment from my music. I want it to communicate to them: ‘You’ve got this. You can be different. You can do anything.’”

It’s true, and Neena Rose is leading by perfect example.