Rich Jacques – The Stars Above

Rich Jacques – The Stars Above
(Spotify) 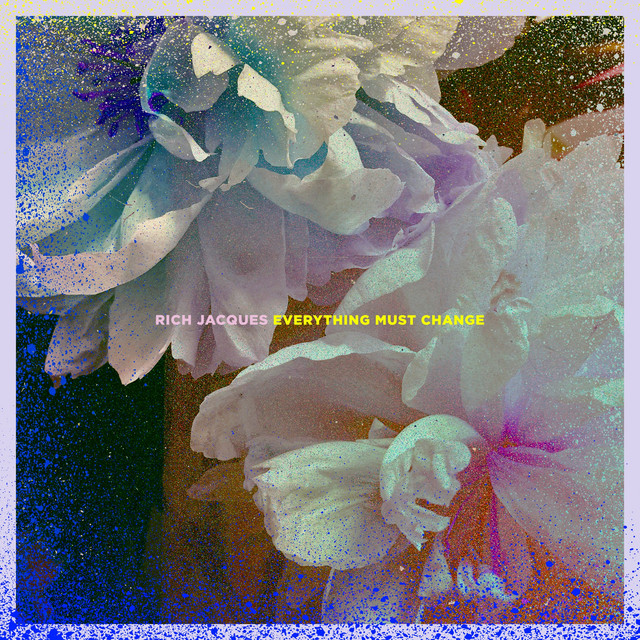 “The minimalism of acoustic waves and lovely vocals -rich jacques- which specially affects your hearing and resonates with your biorhythm. If you like calm, meditative music, this is a little miracle for you.” (Automatically Translated with Google Translate)

"This is a song of gratitude and appreciation.

Appreciating what I’ve got in the moment saves me from constantly hoping into the future for something different." -Rich Jacques

Rich Jacques returns with a new EP, “Everything Must Change”

And at the song’s heart is a feeling of life-affirming gratitude, a wave of sonic love and appreciation which pours out of the music and into the world. We all need music like this at the moment. The world is often a dark place, politics, environmental concerns and covid-related worries weigh on everyone’s minds but in songs such as “Montecito,” you find an oasis of calm, positivity and beauty.

Lead Single “Everything Must Change”

// Interesting Factoid: The entire video for Single "Everything Must Change" was shot on an iPhone 11 Pro and edited on an iMovie application.

With the gorgeous and gentle tracks “Montecito,” “Can You See it,” and “New Design” already out in the world as a taste of what's to come, singer songwriter and Grammy winning producer Rich Jacques returns with a new collection of music in the form of a six-track EP called “Everything Must Change.”

This EP is ready to take the listener by the hand and walk them through his soothing sonic world. “Everything Must Change” is everything that you hope and expect it to be.

If “Montecito” sets the mood perfectly, the title track continues to underline the understatement and restraint from which he fashions his deft and delicate music. And so it goes...

“Can You See It” is intimate and heartfelt, “Burn Me Down” gently pulses, “New Design” grooves with a tribal beat and “The Stars Above” is hushed and hazy.

The message here is clear as you journey through the music. Change is the only constant. With time to reflect during the isolation and quiet of Lockdown, Rich Jacques began to question how he was living his life and realized that many of the fundamental choices he was making were based on old habits.

A health scare, a change of location and the chance to build his life up anew, be able to re-engage with the world, drop old habits, to explore new inspirations saw him emerge from this period of his life a changed man. And this EP is the musical document and diary of that time.

Can You See It

If, as the old adage says, that you can tell a person by the company they keep, then Rich Jacques’ CV speaks volumes about him. By adopting shifting roles, from producer to songwriter to guitarist to artist, Rich has built up an envious set of skills which in turn have led to work with a host of notable musicians and create music for all manner of media projects. He is also known for being a member of 80’s infused alt-pop band "Right The Stars" which has so far resulted in three critically and commercially well-received albums and can be found as one half of the songwriting/production team that is "Aalta." His 2021 collaboration with Germany based producer Tom Doolie, the lo-fi beats Single "Mavericks" has already garnered over 2 million streams on Spotify.

The road to this current place has been as intriguing as it was unexpected. After moving out to LA almost twenty years ago, dreams of becoming a session guitarist were soon dashed and the reality became selling guitars and giving lessons soon replaced it. But the latter soon became a full time job and from there he made the right contacts and soon found his own music being licensed to a wide-range of TV shows and films. From there he hasn’t looked back, doors opened, networks were built and he has worked with everyone from Lisa Loeb to Men at Work’s Colin Hay and has had his music feature in shows as iconic as Grey’s Anatomy, One Tree Hill and The Vampire Diaries.

His latest project is as a solo singer-songwriter and one driven from a very personal place. Unexpectedly, for someone who understands the art of big, instantaneous and infectious music, Jacques is the sound of an artist using only a few core components - guitar, voice and only a few additional musical details - to create wonderfully emotive, spacious and drifting music.That said it is nothing if not instantly accessible but feels more like an intimate conversation with an old friend than anything more but there is something wonderfully beguiling, warm and honest in its understated charm.

Whichever aspect of Rich Jacques work you are familiar with, this latest creation is like little you have heard him do before. If you are unaware of his long and varied career then this is the perfect place to start exploring his work.