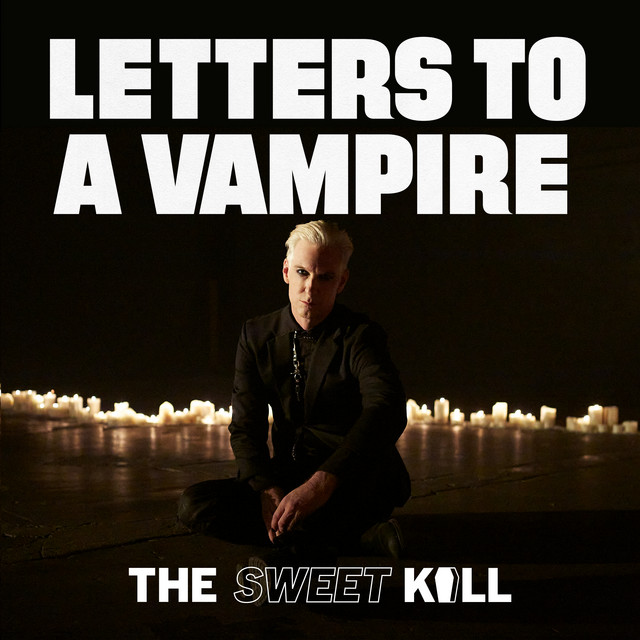 “In the advanced single -Letters to a Vampire- focusing on experimental mainstream rock music, you'll find -Forbidden-. Track full of harmony and rhythmic artistic images, also a bright representative of the experimental avant-garde.”

The 3 song EP “Letters To A Vampire” starts with the song “Forbidden” co-written by NYC based chanteuse Danielle Parente, Flash Bastard member Donal Finn and The Sweet Kill's frontman Pete Mills. We all tapped into an otherworldly energy but with only a few days to finish we did the best we could in a short time. A lot of sync houses liked the song but it never landed anywhere. Thus it was put on the back burner until the pandemic hit. In the early stages of lockdown I experienced a wide range of emotions. I saw my mortality and reflected back to turbulent times, which lead to me getting sober. Through this perspective I felt compelled to revisit and rework “Forbidden”. I made it faster, changed the arrangement, added a new chorus and ultimately gutted the production. The thematic narration involves a lustful couple caroming around in the darkness engaging the powerful elements of love. “…Maybe we were wrong to do it, or just sick for what we need, maybe we were outcasts all along, but every night the sun sets slowly, my darkened heart controls me, sucked into the black hole of your arms …Forbidden lust”

The Sweet Kill is a one-man dark pop synth project swelling with emotion. The diviner of this millenarian angst is lead-singer, multi-instrumentalist and producer Pete Mills; who portrays toxic love, desperation and redemption from the throes of addiction. After the suicide of his band mate, and personal battles with addiction, Pete speaks of liberation from inner demons.

Prior to the conception of The Sweet Kill, Mills had an extensive career in the music industry, signing with Nikki Sixx's label with his former band Flash Bastard and getting kicked off the North American Motley Crue tour. Ulitimately moving to Los Angeles, Pete diverged into a producing career, beginning with a co-production credit for SoulKid1's smash hit song "We Got More Bounce In California" with Michael Patterson (Black Rebel Motorcycle Club).

This single's notoriety captured the attention of local labels which transitioned Pete into a successful producing career working with a myriad of artists including Sheryl Crow, Moving Units, Teddy Riley to name a few. The latest releases of The Sweet Kill marks Pete's meteoric re-entry back into the spotlight of performing again.