This Frontier Needs Heroes – Go With the Flow (Spotify)

This Frontier Needs Heroes – Go With the Flow
(Spotify) 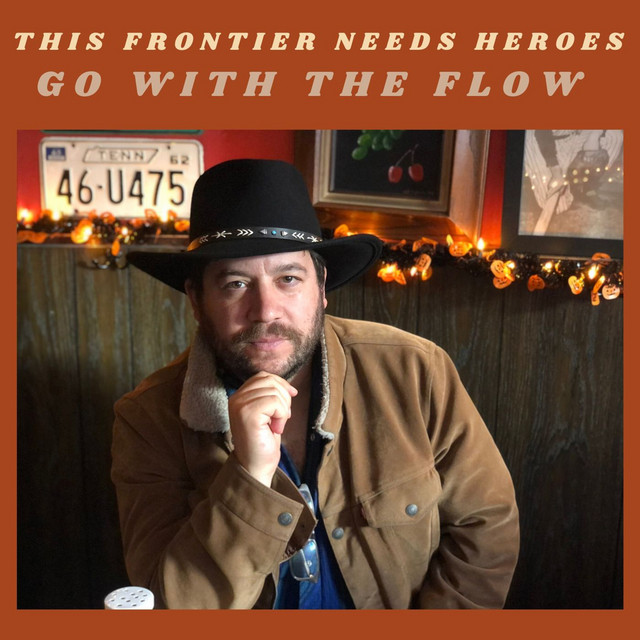 “Brad Lauretti the indie folk singer – songwriter behinde The frontier needs heroes is bringing us his latest piece called Go with the flow a pleasant ballad that infuse all human emotions from humor, love to heartbreaking sadness”

“Go With the Flow” was the first song written for the new album at Stetson Kennedy’s house in Fruit Cove, FL at the historical park where Brad wrote his last album “Real Job.” (2016) He was going to handle his new life as a true solo artist with a positive spin. The idea was inspired by North Florida’s beautiful fresh water springs where you can rent a tube on the side of the road and float downstream. It is an upbeat song, about when life hands you challenges sometimes it is best to just sit back relax and see where life takes you.

“Go With the Flow” is the 5th full length album from award winning singer-songwriter Brad Lauretti. This new collection of 10 songs was written mostly in Nashville, TN. After his last album “Real Job” (2016) was released Brad toured across Europe and Canada by himself, left Florida, moved to Nashville, and finished writing the songs for this album from a balcony in Barcelona.

“Go With the Flow” was recorded in Dalton, MA at the Stationery Factory by Johnny Irion (Producer, Mixing and Engineer) on a Studer Tape Machine previously owned by Jackson Browne, which Johnny shipped across the country. Brad and Johnny formed a spirited collaboration that included Johnny on Background Vocals, Electric Guitar, Piano, Organ and drummer Brian Kantor (Fruit Bats, Vetiver) with songwriter Wes Buckley on Bass, and Rory Verbrugge on pedal steel to create a classic analog sound.

Originally from Brooklyn, NY, but with stints in Nashville and Jacksonville, FL Brad is known for his DIY tenacity and extremely entertaining intimate live shows. Whether it is a house concert, a listening room, or a streaming concert. Over the last few years he has traversed North America and Europe including Canada and Scandinavia and even played concerts in Colombia and Tunisia. One night with Brad will run the gamut of all human emotions from humour, hedonism, activism and heartbreaking sadness. From folk-rock anthems, to indie folk, flares of cosmic americana, psychedelic, alt-country, to straight up storytelling sometimes you get it all in one song. Influenced by classic songwriters like JJ Cale, John Prine, Billy Bragg, Kris Kristofferson, and Townes Van Zandt his timeless songs mix love, humor, and protest seamlessly to get you through the tough times.
www.instagram.com/thisfrontier/