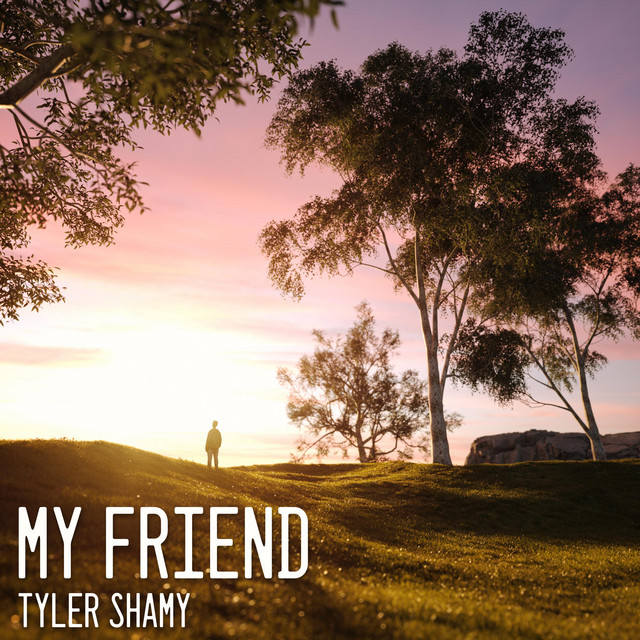 This song is about talking someone down from suicidal thoughts and convincing them that they are worthy. The feeling that there's nothing left is temporary.

Tyler Shamy is a music artist, songwriter, and voiceover artist based in Los Angeles, CA. He co-wrote the song Space Between for Disney’s Descendants 2 sung by Dove Cameron and Sofia Carson, which was in the top 100 on iTunes for weeks, and the soundtrack went Gold. Tyler's songs have also been featured in a HBO’s Camping, Showtime’s Shameless, Younger (TV Land) Station 19 (ABC), a National Xfinity Commercial, How To Be A Latin Lover (Lionsgate Trailer), Good Behavior (TNT), Grown-ish (Freeform), an ABC/Freeform Promo, a Rachael Ray promo, an LG Web Ad, Degrassi, All Things Valentine (Hallmark movie), Famous in Love (Freeform), Disney Channel’s “Bad Hair Day”, Angel From Hell (CBS), Love Rosie (Paramount Pictures Trailer), Dance Moms, Catfish, The Bold and the Beautiful, Tragedy Girls (feature film), The Young and the Restless, The Mysteries of Laura (NBC), Us and Them (FOX), Once Upon a Time (ABC), Barely Lethal (starring Jessica Alba), The Kardashians, Are You The One (MTV), Deadly Matrimony (Lifetime), and hundreds of others. He’s written many international songs for J-Pop, K-Pop, and European artists with releases on SM, Warner, Avex, Universal, Disney, Ultra, and more. Shamy has also collaborated with DJ’s on the rise such as Telykast, Steve Void, and Beauz, writing songs that have generated millions of streams. One of his songs was featured on Spotify’s New Music Friday playlist in 2019. Tyler recently released a vocal sample pack through Splice which received over 13,000 downloads in the first quarter alone. Currently, he’s frequently releasing singles for his solo project and his duo Story & Blue, as well as writing songs for other artists and TV and Film on the daily.