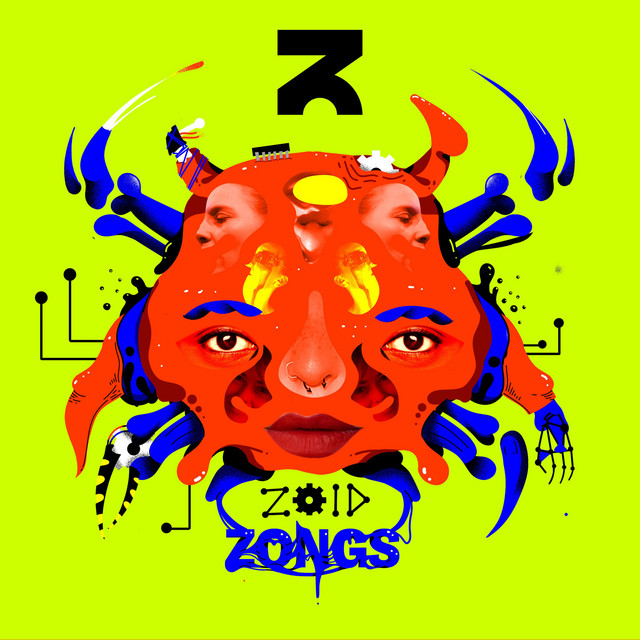 “The real process of the outpouring of copyright feelings and emotions with the help of the synthesis of sounds and voice. A peculiar and very extraordinary rhythm and a melody, in the framework of which genres such as House and NU Jazz elements get along. You are provided with a highly concentrated portion of positive! (Automatically Translated with Google Translate)”

Dublin electronic artist ZOiD brought us two beat-filled psalms of positivity towards the end of a long 2021 when he dropped ‘Wish You’ (featuring Esosa Ighodaro O’Brien) and ‘Static’ (with Belfast vocalist Suzanne Savage), both taken from his upcoming long player, ZONGS.

Fusing elements of jazz, techno, idm and house, ZOiD’s music exists on a pioneering soundscape that simultaneously manages to be bold and interesting with a pop sensibility. ZOiD’s latest track, ‘Looking in the Rain’, continues his collaborative verve, co-written by Polish vocalist/producer Dorota Konchevska.

ZOiD met Dorota when he was teaching jazz at Newpark Academy of Music in the late 2000s while Dorota was a student there. Hitting it off as they both had interests in jazz and electronic music, they started a collaborative process that resulted in a critically well-received EP, released in 2019 ZOiD Vs Dorota Konchevska.

For their ZONGS collaboration, Dorota was based in Poland and they worked remotely, sending files back and forth. The track draws strong influences from house music, jazz, and classic songwriting. Dorota is releasing the first single from her own solo album on February 18, ‘Gold Goes Out’ (imro.ie/news/new-single-gold-goes-out-from-dorota-konchevska/).

“When I got the Dorota’s melody part back for Looking In The Rain I was blown away," says Daniel. "I love the vibe and the lyrics. It’s always so fun collaborating like this, never knowing what’s going to come back when you send someone a track. Usually it’s a nice surprise!”

The much-anticipated ZONGS was launched at The Grand Social in Dublin on Sunday April 3. The gig featured four of the vocalists from the album - Aoife Doyle, Jenna Harris, Suzanne Savage and Miriam Ingram - a live re-imagining of one of this year’s most adventurous and experimental dance albums.