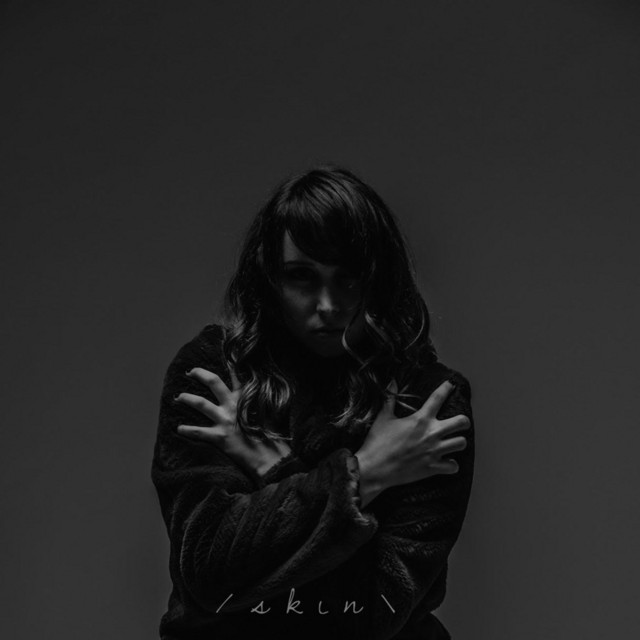 “The first impression you receive with Lainey Dionne on her new single Skin, is the quality and softness of both vocal and music/groove layering. Sensual, elegant and memorable with chorus of saying -Skin- giving you goosebumps, a song where harmonies and qualities are abundant. ”

Skin is about what it feels like to be in a toxic relationship. You are depressed and hiding it, becoming numb, and then being in denial about how toxic this is and you don’t know how to get out.

Lainey Dionne is a Providence based cover artist and singer/songwriter. Her debut record, Can't Refuse - EP, was released in 2016 and is available on iTunes, Spotify, and other streaming services. She writes the "sort of music that immediately makes you forget that you left a burning oven on, or should be doing something productive. Music that will make you forget about everything else and just listen" (Verge Media). Can't Refuse- EP is an honest and vulnerable look at love and life through a twenty-something singer/songwriters eyes.

Her debut album was featured on HomeBru'd, a segment for New England's leading alternative radio station, WBRU. In 2018, Lainey was nominated for Best Solo/Acoustic Act, Best Americana Act, and Best College Act at the Worcester Music Awards, along with Best Breakthrough Act at Rhode Island's famed, Motif Music Awards. She is also a 2016 Semi Finalist for the International Songwriting Competition. Laineys songs "Can't Refuse" and "Even If" have been featured in the Berklee Singer/Songwriter Showcase '14 and an independent film from Harvard University. As a performing artist, Lainey has been invited to play at famed music venues such as The Strand, regional festivals such as The Big E, PVDFest and the Newport Film Festival, private events & benefit concerts, and over 60 venues in Rhode Island. Her band toured the East Coast in the summer of 2017 debuting new material along with her EP. Originally from Smithfield, RI, she has been studying the piano since the age of six, and along the way, has picked up several other instruments including violin, ukulele, harmonica, mandolin, dulcimer, cajon, and guitar. Lainey provides private lessons of vocals and the instruments she plays at True Music Studios.

She graduated Magna Cum Laude from Berklee College of Music in 2015, receiving her Bachelor's Degree in Music Business with a minor in Music Production and Engineering. While attending, she had the pleasure of learning from industry professionals such as Grammy Award winning producer, Jason Stokes and Grammy-nominated hit songwriter, producer, and Warner Brothers Records executive, Kara DioGuardi. She was also accepted into Warner/Chappell Publishing Group executive, Judy Stakee's Songwriting Retreat in France and is currently working with a team in Nashville for her sophomore album. Lainey's music is inspired by the lyrics and compositions of Gabrielle Aplin, Vance Joy, and The Lumineers. From her notable education and musical inspirations, Lainey has acquired her own unique sense of artistry.